You may have a surprise! Here, you will know 16th year anniversary meaning.

The ivy wedding anniversary is a very special event since it serves to consolidate the long road traveled by a marriage.

How could it be otherwise, in this article we explain what ivy weddings are and what is the best way to celebrate them so that they become an unforgettable day.

Ivy weddings take place when a married couple turns sixteen years of marriage . It was given this name since they are based on the plant known as ivy and that, because it is perennial and never stops growing, has traditionally been associated with fidelity . In fact, in times past brides used to carry ivy in their bouquets on their wedding day. In Victorian times, ivy and its long intertwined branches symbolized friendship and love within marriage.

A couple who have been walking the path of marriage together for sixteen years is clear about why they are together and the love that exists between them. Surely they have overcome many potholes and already know each other very well so that is reason enough to celebrate this anniversary in a very special way.

Formerly, ivy was used in love and fertility rituals and was considered a plant for protection and spiritual renewal. The place where it was planted was protected against bad energies and disasters and its way of growing in a spiral symbolized the Wheel of Life and learning. The ivy also symbolized perseverance because it begins as a very weak plant to gradually acquire resistance and strength, a perfect metaphor for what a marriage is.

Ivy, without a doubt, is the star motif for gifts related to this wedding anniversary. Of course, the simplest detail is to give the couple an ivy that symbolizes the love and fidelity that exist between them and the wishes that the relationship continues to grow and prosper.

In addition to the ivy, this anniversary is also related to the Moonstone, a crystal that helps maintain serenity and overcome disagreements that may arise in marriage, helping the couple to resolve them calmly and peacefully. Finally, the white color is also identified with ivy weddings because it transmits harmony, stability and calm.

Using creativity and imagination, these elements can be combined to make original and highly symbolic gifts.

These are just some suggestions that we offer here but remember that creativity, imagination and, above all, getting to know each other will be the best allies when thinking about an original and special gift based on ivy and its symbolism.

HOW TO CELEBRATE IVY WEDDINGS

As we have already said, the ivy wedding anniversary is very special so it is worth taking the time to celebrate it in a way that neither of you will be able to forget. One idea is to spend a weekend, or at least one night if it is not possible to reserve two days, in a cabin in the woods and alone. The bed can be decorated with ivy leaves and white flower petals to put the finishing touch to a walk in nature and a romantic dinner in which white food cannot be lacking so that harmony is present all the time.

Another cheaper option that does not imply spending a night out, in case there is that option for whatever reason, is to locate a natural place that stands out for the presence of ivy and spend the day there together. It would be a symbolic way of literally walking through the fidelity and stability that characterizes the couple after sixteen years of marriage.

If the couple decides to celebrate their wedding anniversary at home, the living room can be decorated with ivy plants whose long branches and green leaves are a constant reminder of their fidelity and the journey they have traveled. The ivy can be in pots hanging from the ceiling or be a centerpiece. Another option that makes ivy look like an almost magical plant is to use a glass container filled with water and let it float along with some white flower petals.

Ivy can also appear as a motif on cushion covers or in embroidered tablecloths and napkins used for romantic dinners. In addition, in the center of the table you can place a vase with white flowers that add that touch of purity and serenity to the green of the ivy.

Ivy leaves can even appear on plates or cutlery if you want to emphasize the decorative detail of this wedding anniversary. Remember that today there are numerous gift shops, both physical and online, where you can create custom designs for almost anything.

If there is a porch, terrace or garden in the house and the weather is good, you can celebrate a special lunch or dinner surrounded by ivy since it is a very resistant plant that can grow both indoors and outdoors. It is not necessary for the plant to cover an entire wall or lattice; It could just be some ivy pots scattered around the place where the anniversary date is taking place.

Finally, we offer you a somewhat daring idea so that the ivy wedding anniversary truly becomes something unforgettable and forever. How about getting a matching tattoo that shows an ivy branch and the date you got married? If you don’t want it to be permanent, you can always do it in henna as a fun activity to commemorate your ivy weddings.

We hope we have helped you understand the meaning of ivy weddings and also find ways to celebrate this anniversary not only through very special gifts but also through activities and appointments in which to share the memories of the years that have passed since the wedding. . Being together for sixteen years is, of course, a reason for joy and celebration and it is worth spending time with the couple and realizing the path they have traveled to get to this moment. 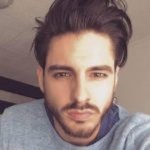